The launching ceremony for the China UK Global Health Supported Programme (GHSP) –Output 4 titled as China-UK-Tanzania Pilot Project of Malaria Control: Application of Community-Based and Integraded Strategy was held in the Ministry of Health and Social Welfare, the United Republic of Tanzania on Apr 2, 2015. The MOU was signed by Prof Xiao Ning, Deputy Director of the National Institute and Prof Salim Abdula, Director of Ifakara Health Institute, with the witness of Dr Wang Guoqiang, Deputy Minister of the National Health and Family Planning Commission of P.R. China, Dr Seif Rashid, Minister of Health and Social Welfare of the United Republic of Tanzania, Dr Yu Jingjin, Director General of Bureau of Disease Control, the National Health and Family Planning Commission of P.R. China, Dr Liang Xiaofeng, Deputy Director General of China CDC and Ms Liz Tayler of DFID Tanzania Office. Both the two Ministers were highly appreciated the long lasting friendship between China and Tanzania and the fruitful cooperation in the field of the health. They hope that through the project implementation, the communication of malaria prevention and treatment experience could be strengthened and undertaken of malaria control could be put forward between the two countries.

After the signing ceremony, Dr Liang Xiaofeng awarded the certificate of National Center for International Research on Tropical Disease by Ministry of Science and Technology, P. R. China to Dr Salim Abdulla which officially announced the partnership between the two institutions.

The project is leaded by Prof Zhou Xiaonong, the Director of National Institute of Parasitic Diseases, China CDC and approved on 26 Mar 2015. The project is granted for a sum not exceeding GBP 1,700,000 (one million seven hundred thousand pounds sterling) in the form of technical cooperation to support the pilot project on malaria control in Tanzania with the joint implementation of IFAKARA Health Institute as local partner. The project duration is from 1rdApril 2015 to 30th June 2017.

Professionals and experts of NIPD and IHI will carry out field investigation and data collection in the following months. 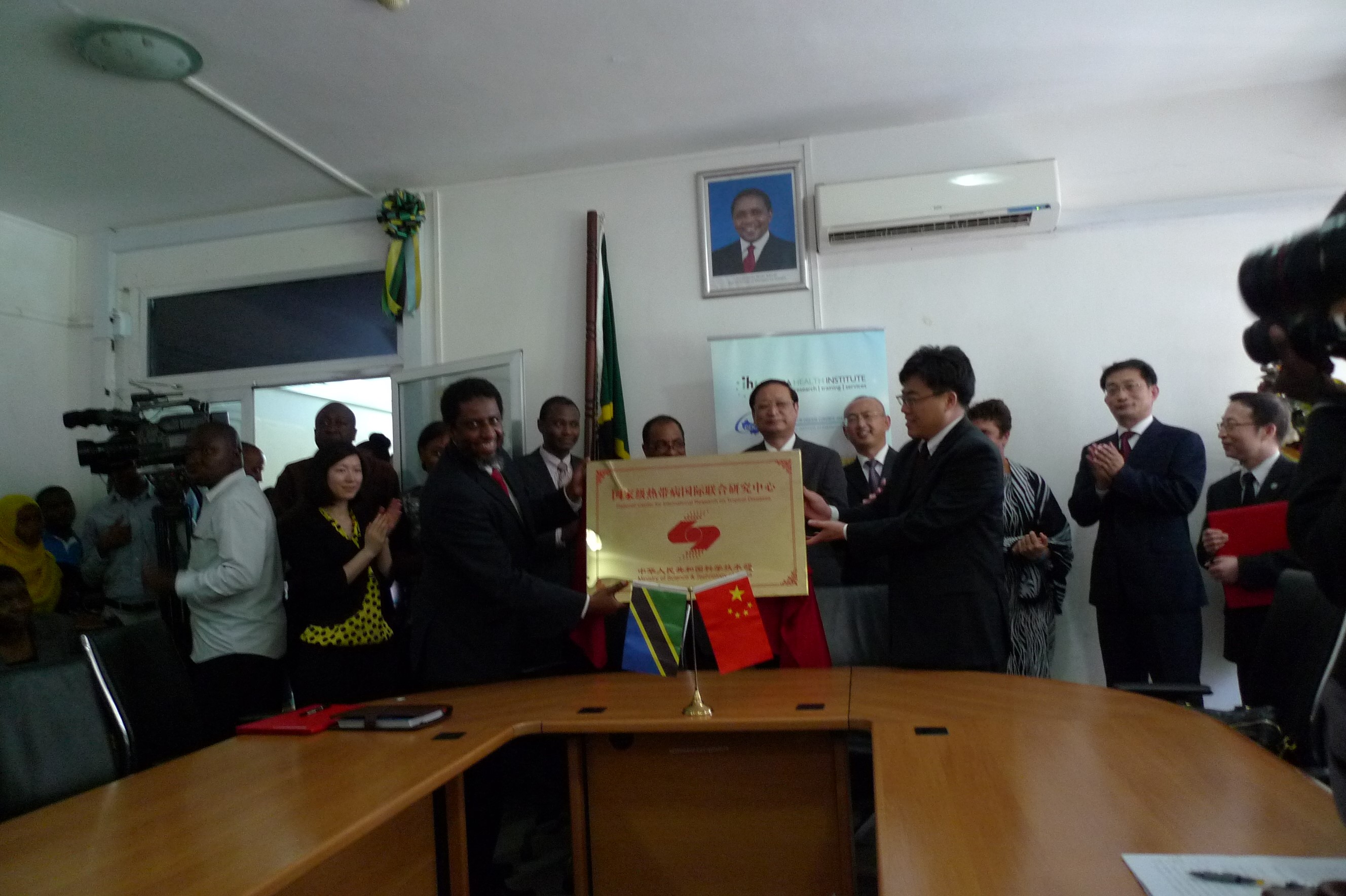